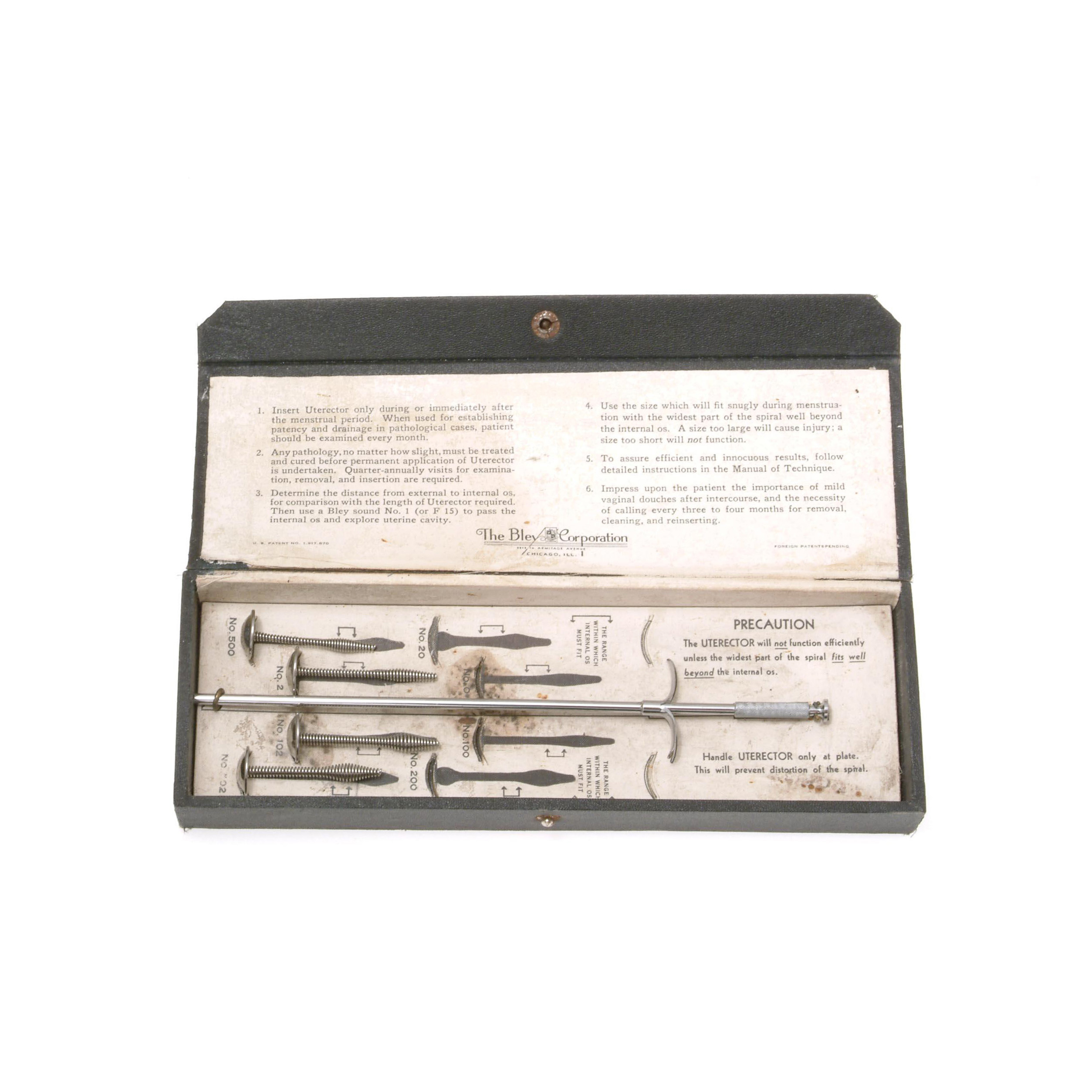 The pessary was fitted by a doctor and inserted during or shortly after menstruation. It was removed every three or four months for cleaning and then reinserted.

A mild douche after intercourse was recommended to increase its effectiveness.

Stem and cup pessaries were used until the mid 20th century in the belief that they effectively sealed the cervix and prevented the entry of sperm. On the contrary, they were not only unsafe and painful, they occasionally caused serious infections. The results were sometimes fatal, as there were no antibiotics available for treating inflammation at the time.

This model was patented on 10 January 1950 and represented an improvement of Fred M. Bley’s 1933 model. A complete specimen can be found at the University of Arkansas for Medical Sciences’ Historical Research Center.

Send as E-Mail
save as PDF
Back to: Coils