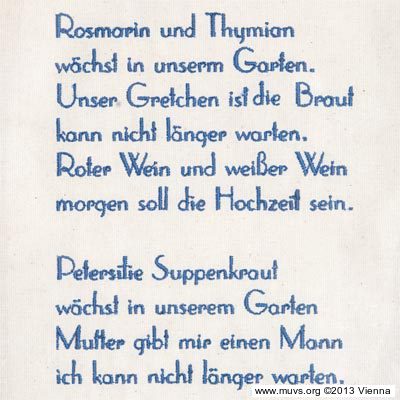 Almost all cultures have used or still use particular plants as a means of birth control. Some folk contraceptives and abortifacients are used on the basis of many years of experiments, observations and practical experience, mostly undertaken when women took the plants to treat various illnesses.

Mentioned here are plant drugs (herbs, fruits, seeds, roots and barks) that are taken orally. Many of the plants that early modern books on midwifery and herbalist medicine report as having contraceptive properties cannot be identified. Poor understanding of anatomy and physiology and misinterpretation of effects have often led to ineffective – or worse, highly poisonous – substances being used.

Laboratory testing of plant contraceptives in the 1970s and 1980s, which was conducted with financial assistance from the World Health Organization, produced a wealth of literature on the efficacy of plant extracts as a means of birth control. However, this research did not lead to the development of modern medicines from plant extracts due to questions over the transferability of the results from animals to people.

After Angelika Zinner in Vom Nimbaum bis zur Pille – Zur kulturgeschichtlichen Vielfalt der Verhütungsmethoden [‘From neem to the pill – On the cultural and historical diversity and contraceptive methods’], by Helga Dietrich and Birgitt Hellmann, Jena 2006

Maiden Tea This 1920 recipe for what was known as maiden tea is a charming relic from a romanticised feeling of being close to nature.

Contraception with Plants On the Rediscovery of an Old Tradition of Self-determined Birth Control.

Pipevine “It expels the menstrua and foetus when taken as a drink with pepper and myrrh. It works just the same when inserted as a suppository.”

Parsley Parsley has important medicinal uses in gynaecology and obstetrics.

Saffron “Eating saffron makes one laugh, and if one eats too much, one laughs so much that one is in danger of laughing oneself to death.”

Wild Carrot When used as a contraceptive, the seeds are ground or brewed as a tea and taken for several days when having unprotected sex.