The bidet is for vaginal rinsing 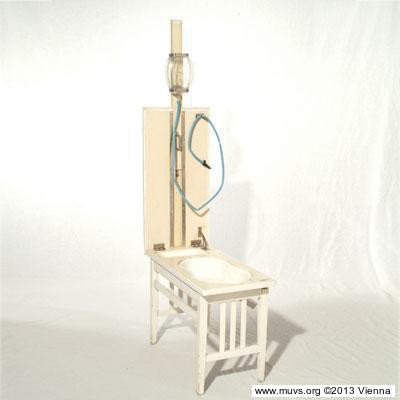 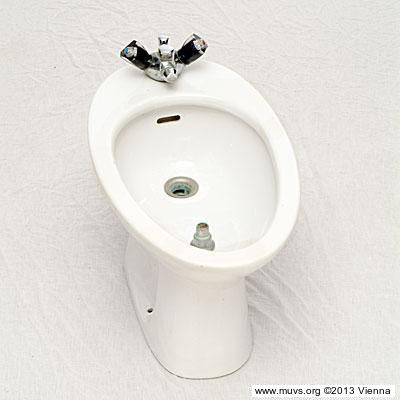 Bidets (seat-basins) were already known in antique times; Greek marriage contracts stipulate that they had to be available for vaginal rinsing before and after coitus.
Modern development started early in the 18th century, but was held back for quite a while in America and England for moral reasons. As recently as 1900 New York’s posh Ritz Hotel had to destroy its bidets immediately after installation because of pressure from guardians of morality.
In older times, vaginal rinsing had to be done using an irrigator called "mother’s syringe". After the introduction of piped water at the beginning of the 20th century, the first bidets offering a spray of water for vaginal rinsing (called an Unterdusche) were manufactured. The pill and other safe contraception methods introduced in the sixties, finally put an end to this ineffective way of “emergency contraception” and sales of bidets decreased significantly, especially those with "Unterduschen".

Even in catalogues of sanitary products the true purpose of bidets was hidden though sometimes you can guess it from a product’s name, for example "Protektor".