How you can tell if somebody is pregnant: weird ideas 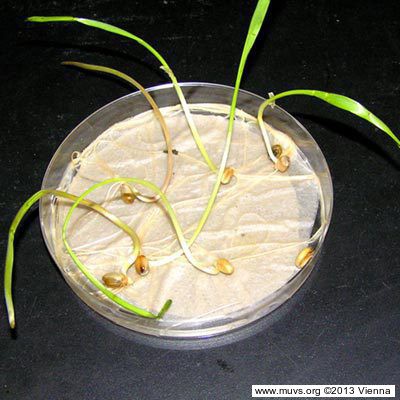 For example, in the 4000 year-old Kahun Papyrus, the Egyptian doctor Kahun wrote: “wheat and barley shall be wrapped in a piece of cloth, on which the woman should urinate daily. The whole thing is then mixed with dates and sand. If both grains germinate, it means the woman is pregnant.” The document goes on to explain: “if the barley grows, it will be a boy, and if the spelt [note: the wheat], it will be a girl.”

When this method was tested scientifically in 1963, it was found that for 70% of pregnant women the grains really did begin to sprout – both of them that is.

Another tradition was that the woman should drink a brew of beer and dates; if she felt dreadfully sick or had to vomit, that was taken as confirmation of pregnancy.

One of the methods described by Hippocrates is for the woman to put a small onion in her vagina overnight. If her breath smells of onions the next morning, then she can’t be pregnant, because her body is ‘whole’.

This practice was also widespread in France up until the 18th century, the so-called ‘garlic-test’: sweet-smelling breath was taken as proof that the woman was pregnant, since the presence of an embryo was supposed to stop particular smells spreading through the body from the abdomen. One of the reasons this idea was so compelling was that the garlic clove, due to its shape, was often seen as a emblematic of a curled-up foetus.

Jacques Gélis describes some other strange ideas about how you could tell when somebody was pregnant. The song of a particular bird, for example, was believed to herald the impending birth of a child: if the cockerel answered the call of the cuckoo, it meant that the woman of the house was pregnant, and there were similar ideas about the significance of hearing the call of a nocturnal bird such as an owl sitting on a tree near the house or on the roof.

In 19th century Périgord (France) women asked for the help of water diviners to find out whether they were pregnant. One folklorist reports the skills of a farmer who died in 1920, who was a widely known water diviner and claimed that he was never wrong as to whether a woman was pregnant or not, and that he could tell the sex of the child even at the beginning of the pregnancy.

Sixteenth century physician Jacques Guillemeau claimed that pregnancy could be confirmed by looking at a woman’s eyes. “In the second month”, he wrote, “a pregnant woman gets deep-set eyes with small pupils, drooping lids and swollen little veins in the corner of the eye”. Her vision changed too. “If there is no other way of telling whether a woman is pregnant, her eyes will tell you”. Pregnancy is reflected in a woman’s eyes.