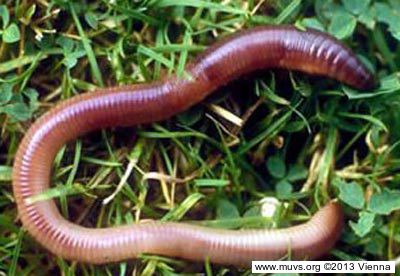 In 1951, Dr. G. Hasenbein from the University of Kiel published a pregnancy test that used earthworms. The worms were kept in big containers filled with soil and leaves, in cool cellars. The soil had to be neither too dry nor too wet. The worms were replaced every three months.

After removing a seminal vesicle in order to establish the current state of semen production, the worm was injected with urine from the possibly pregnant woman. In order to ensure a reliable result, five worms were used for each series of tests.

Two hours after the urine was injected, the worms were killed in a 30% alcohol solution, stretched out on a cork board and dissected. A dry smear was taken from the seminal vesicle that had been removed earlier, and the before and after smears compared. The result was only decisive in the worms where the before smear showed no semen production. If sperm or sperm precursors appeared two hours after the injection, it meant that the provider of the urine sample was pregnant. When the before and after smears were the same, it meant the woman was not pregnant.

Why this test was not developed further, even though it had 90% reliability and worms are known to be easy to keep, remains a mystery.