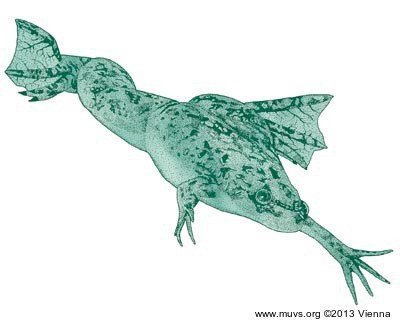 Biological pregnancy tests that used frogs and other animals to detect the presence of the pregnancy hormone hCG, although very reliable, were slow and laborious to perform. They were developed in essence in the 1930s and were widely used around the world until immunological tests were introduced around 1960.

As early as the 1940s, frogs were being used in pharmacies as 'pregnancy tests'. The pharmacist would inject a mature female frog with an early morning urine sample from the woman who suspected she might be pregnant. Pregnancy was confirmed if the frog spawned within 18 hours. However, unlike with modern tests, women had to wait several weeks after missing a period before the test would work.

Large numbers of African Clawed frogs (Xenopus laevis) specimens were imported from Southern Africa to Europe, Australia, Asia and North America for use in these tests. The frogs’ only protection from complete extinction was that they were expensive to transport and difficult to look after – pharmacies had to have temperature-regulated tanks or aquariums to keep the amphibians in. Only with the introduction of chemical pregnancy tests did the 'pharmaceutical frog' find itself out of a job.

The South American doctor Carlos Galli Mainini was able to speed up the Hogben process significantly, by injecting a small amount of urine from a woman who suspects she is pregnant into the dorsal lymph sack of a male frog. If the woman is pregnant, the pregnancy hormone present in her urine will cause the frog to produce sperm, easily seen under a microscope, within 3 hours.

The test is not painful for the frog, which is ready to be used for another test two weeks later.