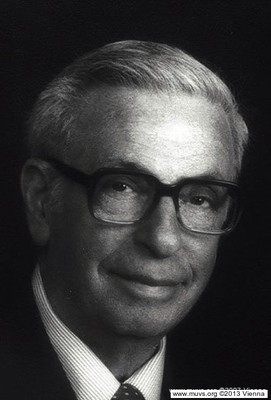 George Michaels (1912-1992) is almost forgotten now, but he was the person who tipped the balance in the voting for liberalization of New York State’s abortion law in 1970. His courage opened the breakthrough for new abortion laws, but at the price of his own political career.

The bill for legal on-demand abortions during the first 24 weeks of pregnancy had already been passed by the state Senate but seemed to be defeated at the Assembly: 74 Yes votes versus 74 No votes. As a 59 year old provincial lawyer and assemblyman for a catholic-conservative constituency, George Michaels personally favored a woman’s right to choose but had voted against the proposed law at the behest of his Democratic Committee. There is a historic recording in which one can watch and listen to the dramatic moment when he grabbed the mike, his hands and voice trembling. “I ask that my vote be changed from ‘no’ to ‘yes’,” he says. “I realise that I am terminating my political career, but I cannot in good conscience allow my vote to be the one that defeats this bill.”

The State Senate quickly added its approval and Gov. Nelson A. Rockefeller signed the bill into law. Other states followed. George Michaels was outlawed, his law firm disintegrated and he was unable to achieve re-election after having been a valued assemblyman for five successive terms.

You may drop by and watch the touching scene showing George Michaels’ courage in the video “From Danger to Dignity: The Fight for Safe Abortion“ at our museum.