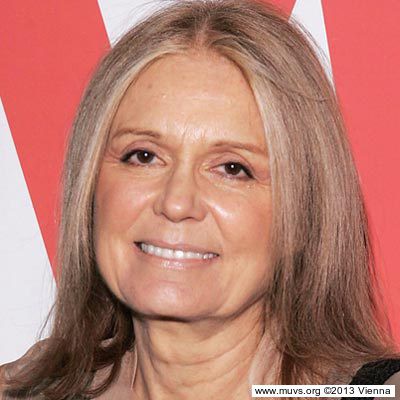 Often called the ‘first feminist’, Gloria Steinem (1934-) detailed in an interview how she became active.

In her mid-30s, while working as a journalist for New York Magazine, she covered a discussion of abortion that was being held in a church basement. She sat at the edge of the group, listening to the women’s stories, such as about how a board of men at a hospital wanted one woman to tell them how she got pregnant: “It was some kind of voyeuristic exercise. Then they told her that they would give her the abortion, but only if she agreed to be sterilized. That was unusual only in that she was white.

“Another talked about a wonderful abortion doctor from Pennsylvania who helped thousands of women. He charged very little and handed you socialist literature on the way out.

“One woman’s boyfriend had told her she couldn’t get pregnant if it was his second orgasm. I can remember people laughing.”

The situation, stories of an extremely private nature being told in public, was completely new to her, and Steinem was deeply moved. Furthermore, she thought it was important that such serious matters involved situations that only women go through. “In my experience, things were only taken seriously if they also happened to men. It made some sense of my own experience – I had had an abortion and had never told anyone.”

Steinem then felt a “big click”, and she was transformed into an active feminist: “[Abortion] is supposed to make us a bad person. But I must say, I never felt that. I used to sit and try and figure out how old the child would be, trying to make myself feel guilty. But I never could! I think the person who said ‘Honey, if men could get pregnant, abortion would be a sacrament’ was right. Speaking for myself, I knew it was the first time I had taken responsibility for my own life. I wasn’t going to let things happen to me. I was going to direct my life, and therefore it felt positive. But still, I didn’t tell anyone. Because I knew that out there it wasn’t [positive].”

After graduating from Smith College (located in Northampton, Massachusetts, the USA’s largest women’s college) in Journalism, Steinem published an article in Esquire magazine in 1962. In it, she described the pressure on women who are forced to decide between marriage and a career, and was one of the first to do so. Steinem played an active role in the feminist movement and was soon considered one of its leaders.

In 1971, Steinem co-founded the National Women’s Political Caucus and the Women’s Action Alliance. The next year she launched the feminist magazine Ms., writing for it until its sale in 1978. In 1991, Steinem established another magazine, Choice USA, which was taken over by the Feminist Majority Foundation in 2001. In addition, she was a co-founder of the Coalition of Labor Union Women and participated in the National Conference of Women in Houston in 1977. In 1993, Steinem was inducted into the American National Women’s Hall of Fame.