Outwardly so prickly and dogmatic, Knaus is a family man. He was never able to get over the early death of his wife Rosa. As a loving father, he took great pains to prepare his daughter as well as possible for her later life, for example through international schools and studies. His two grandchildren were his pride and joy. 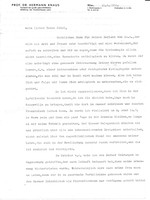 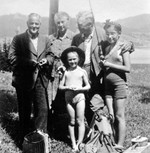